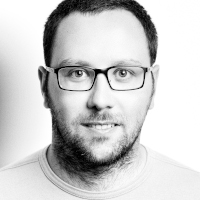 You can consult here some of my works or take a look at my Curriculum Vitæ. I’m working at Scality where I’m leading a team of engineers to write the file system of the future.

Disclaimer: Opinions and this website in particular are my own and not the views of my employer.

During my free time, I love riding my bike and working on some opensource projects:

You can contact me by different means of communication:

I occasionally write about stuff